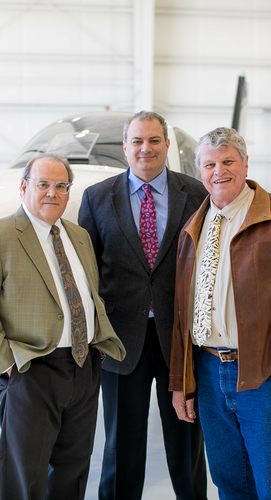 After an air disaster, Katzman Lampert & Stoll’s aviation attorneys are fully prepared to conduct the most thorough investigation possible to ensure that airline crash victims and their families are able to recover for their losses. Unlike many aviation law firms, we bring three decades of experience to those searching for a solution to the newfound worries that accompany serious injury and/or the loss of a loved one.

Our aviation lawyers understand that the needs of each and every client are unique. Therefore, we strive to ensure that our clients’ cases are not grouped with those of the other passengers aboard the same commercial flight. As a result, our clients receive an award best suited to their losses.

The firm represented several families after a 1996 plane crash off Long Island, New York, popularly known as TWA Flight 800. In that crash, 230 passengers died, leaving hundreds of grieving family members without answers. As a result, Congress passed the Aviation Disaster Family Assistance Act. According to the Act, family members of air crash disaster victims are offered benefits including the following:

A sampling of commercial airline crashes in which our aviation law firm has represented clients include: