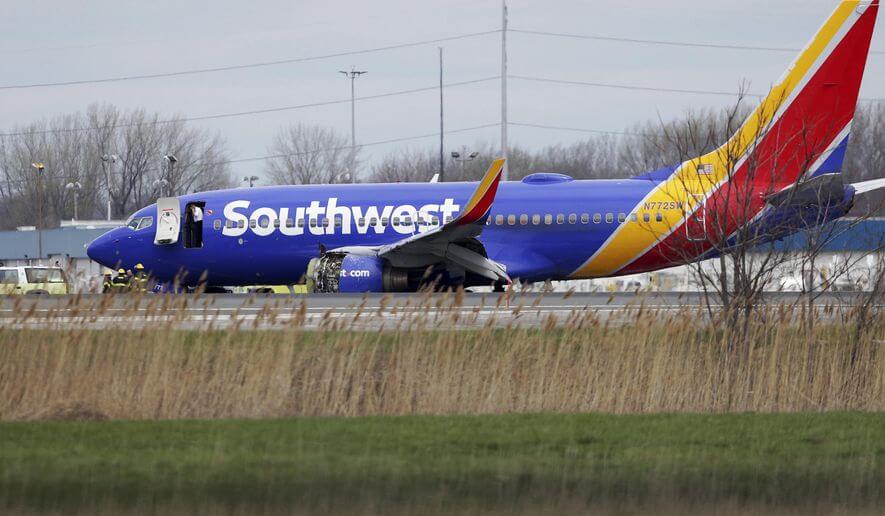 (Philadelphia, Pennsylvania, USA – April 17, 2018) One woman, a bank executive and mother of two from New Mexico, was kiilled, and 7 others were reported injured when a Southwest Airlines flight from New York’s LaGuardia Airport was forced to make an emergency landing in Philadelphia after an engine blew up, sending shrapnel crashing through a window and into the cabin. The plane was enroute to Dallas.

The deceased woman, identified as Jennifer Riordan of Albuquerque, NM, was sucked partially through the damaged window, causing her fatal injuries.

Other passengers on the aircraft made every effort to save the woman and pull her back into the cabin, but her injuries were too severe.

An additional 7 people were reported injured in the flight, which was traveling west at approximately 32,000 feet, at a speed of roughly 500 mph, at the time of the incident.

Southwest Airlines and the National Transportation Safety Board were just beginning to investigate the cause of the incident.