“At fourteen I took my first flying lesson and at fifteen I was inspired to become an attorney. At sixteen I began working after school for Richard Schaden. My nearly lifelong devotion to law and aviation is firmly founded in my deep and abiding respect and commitment to the pursuit of justice for people in need of an attorney as a result of the death of their loved one or from injuries due to no fault of their own.”

You may email Mr. Katzman at

David began flying at 14 years of age; he soloed a fixed wing Cessna 152 airplane at 16 years of age, and had his commercial license, instrument and multi engine ratings by 20 years of age. He obtained an Airline Transport Pilot (ATP) certificate (the highest civilian pilot certificate issued by the Federal Aviation Administration) at 33 years of age. David has been an active pilot for over fifty years and has owned and operated 25 different airplanes, ranging from small sport airplanes to corporate jets. He has over 5000 hours of flying time as pilot-in- command and holds multiple turbo jet aircraft type ratings, including Falcon 10/100 models and all Hawker series corporate jets. David continues to fly on a regular basis as an active pilot, principally using his pressurized Beechcraft P-58 Baron.

David graduated from University of Detroit Law School in 1982 and obtained his first multimillion-dollar jury verdict in 1984; and his second jury verdict over a million dollars in 1985. David has continuously racked up successful multimillion dollar verdicts and settlements through the years, including a jury verdict of $57,000,000.00 arising from a 747-800 crash in Afghanistan and a settlement exceeding $42,000,000 from a general aviation crash on the East Coast of the United States. The total amount of money recovered for clients from trials and settlements is in the hundreds of millions of dollars. 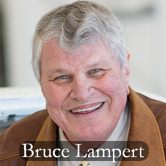 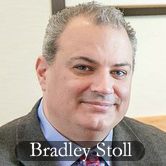