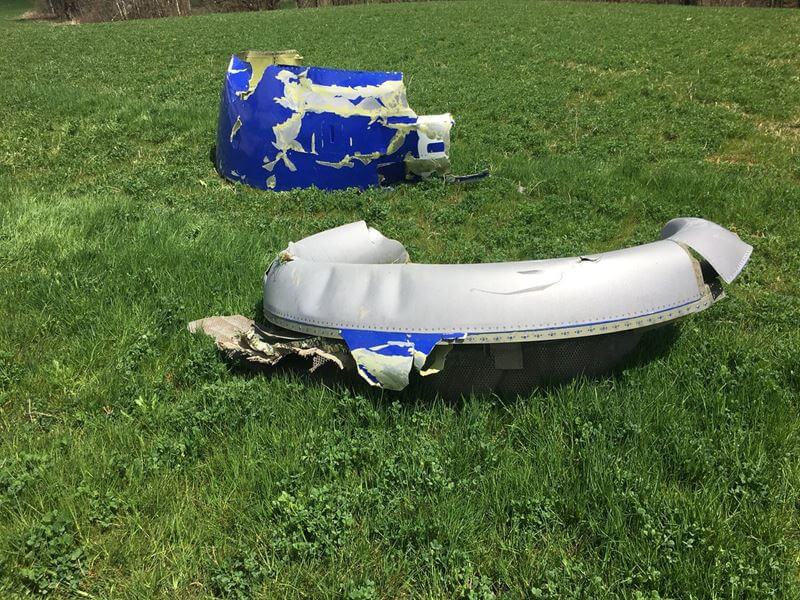 Engine debris from Flight 1380 found in a Pennsylvania field.

According to an article in USA Today, passengers who were aboard Southwest Airlines Flight 1380 when an engine exploded could stand to collect “tens of millions’ in legal damages.

David Katzman, senior partner here at Katzman Lampert & Stoll, was quoted in the article regarding the engine failure…

David Katzman, a pilot and aviation lawyer whose firm includes an office in Philadelphia, said the engine inspections will be a crucial component in determining what went wrong. The NTSB has focused on metal fatigue on a fan blade that broke in the engine.

Last year, Southwest Airlines opposed a recommendation by the engine manufacturer to require ultrasonic inspections of fan blades in the engines within 12 months, saying it needed more time to do the work.

Katzman says the blade would have started cracking, then would have taken time to break off. He wondered aloud how many times the plane flew after the initial crack.

“We have been dealing with metal fatigue since the Copper Age,” Katzman said. “Fatigue starts with a crack and propagates. It takes time, it begins to fail, then it fails.”

While it will take some time to determine all of the factors involved in the tragic incident, much about the cause came to light almost immediately. Katzman Lampert & Stoll partner Bradley Stoll has written a detailed article about the specific Flight 1380 engine failure, stress cracks, and metal fatigue in the fan blades. The photo above shows pieces of the engine that were located in a Pennsylvania field.