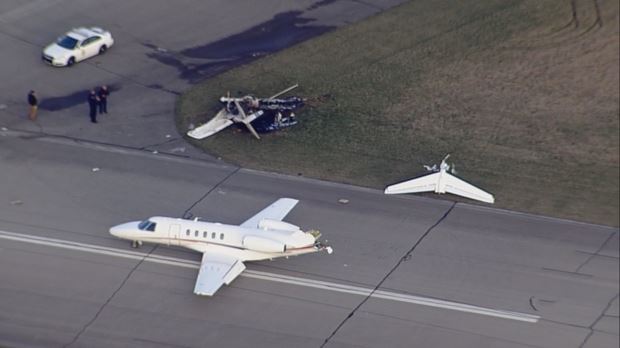 (Marion, Indiana, USA – April 2, 2018) Two people, both local Indiana firefighters, were killed when a single-engine Cessa 150 collided with another aircraft during a take-off attempt at the Marion Municipal Airport in Marion, IN on Monday.

The second plane, a Cessna 525 Citation Jet, had it’s tail sheared off in the collision. None of the 5 passengers on board the jet was injured.

The NTSB (National Transportation Safety Board) was beginning to investigate the crash.