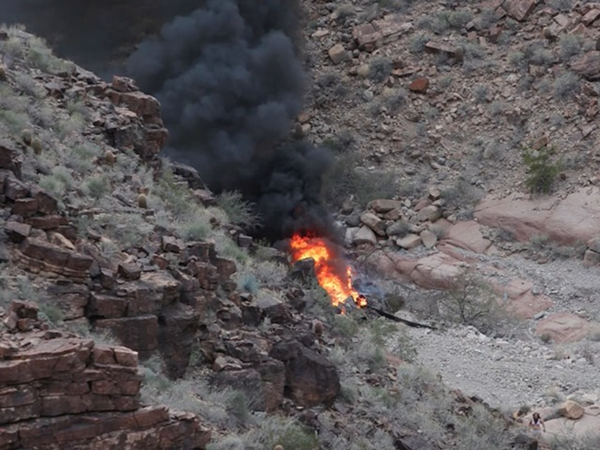 (Grand Canyon, Arizona, USA – February 10, 2018) Three British tourists were killed in a remote area of the Grand Canyon. Four others, including the pilot, were seriously injured and airlifted to a Las Vegas hospital when a Eurocopter EC130 operated by Papillon Grand Canyon Helicopters crashed near the Canyon’s west rim. Flames and black smoke were photographed and videoed by witnesses. Rugged terrain made access to the crash site extremely difficult.

All six passengers were from the UK.

The NTSB (National Transportation Safety Board) was beginning to investigate the crash.