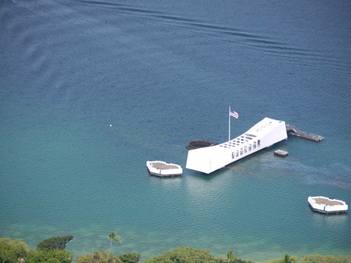 (Honolulu, Hawaii – February 23, 2016) A sightseeing tour helicopter, operated by Genesis Aviation, crashed into the waters of Pearl Harbor, in Honolulu, Hawaii, near the Arizona Memorial, injuring at least 3 people. One of the injured, a 15-year old boy, was initially listed in critical condition and died today. Two others, members of the same Canadian family, were also hospitalized in serious condition.

The Bell-206B chopper was on its way back to Honolulu after touring the area known as Waimea, and the accident was witnessed by several people at a nearby visitor center. The copter was piloted by a member of the Army National Guard, known as a highly experienced pilot.

There were five people on board at the time of the crash.

An investigation by the National Transportation Safety Board is ongoing.

If you were injured in this or any other aviation accident and you would like to consult with one of our experienced aviation lawyers, please call us at 866-309-6097 and we will respond as soon as possible.